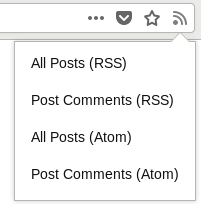 An Introduction to Web Extensions

Creating Awesome RSS has been quite a learning experience. I don’t mean that it has been extremely difficult or complicated, but that the process has involved a series of new experiences that were only subtly different from what I was already familiar with.

I started working with web extensions toward the end of 2017 when I found Share Backported, which had been created to replace some social features that were being removed from Firefox. I had already created something similar in JavaScript, but it was for adding share buttons into a website rather than being through an add-on. Later that day, I submitted a pull request to the add-on developer and, when it was merged, I had made my first contribution to add-on development.

Soon after, I was working on an add-on to re-implement another feature that had recently been removed from Firefox — the RSS subscribe button that showed up in the URL / Awesome bar when an RSS or Atom feed was found in a page. By the end of the weekend, I had my very own add-on working. 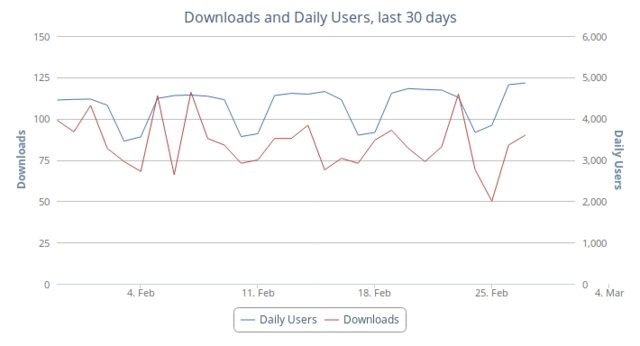 After publishing the first version, it gained in popularity much faster than I had expected. It didn’t come close to something like AdBlock, but it seemed that I was far from alone in wanting that little icon back in the Awesome Bar. Dozens, then hundreds, and then thousands of users installed my little add-on, and positive ratings and reviews started coming in. Even more surprising was the issues and even a pull request. Not long after first publishing Awesome RSS, I received a pull request from someone who had begun the ongoing process of internationalization.

More ratings and reviews came in, and I started noticing that all of the negative ratings were not accompanied by a review. Ratings were typically either five stars or one star, with very few exceptions. And, due to the lack of review for the single star ratings, I really don’t know why those users were unhappy.

Many of the issues that were opened were either out of my control (such as another add-on behaving irregularly), the result of neglect of site developers (not properly providing <link>s for feeds), or the natural and inevitable result of the immaturity and instability of Firefox’s implementation of web extensions (changes to default behavior).

A Request for Help

At the time of writing this, Awesome RSS is approaching 5,000 daily users, and about 55% of those users are using it in a language that is not their primary language. 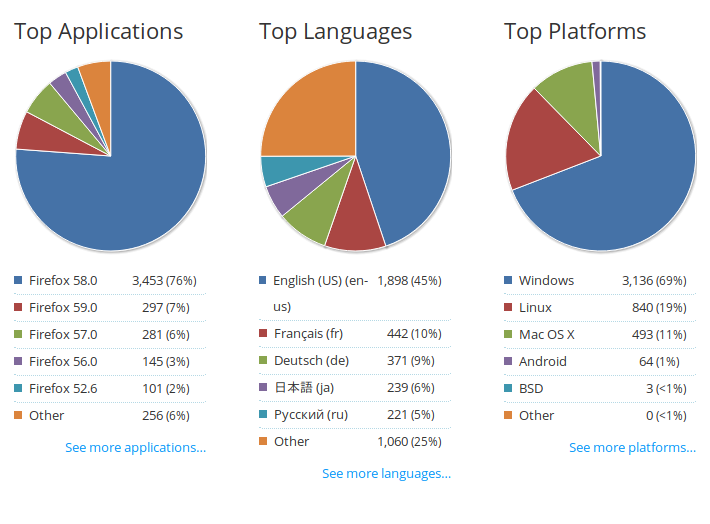 I am asking for help translating Awesome RSS into different languages. I would really like to at least support the top 5 languages before the next minor version release (1.3.0). While I could go copy/paste happy with Google Translate, I’m sure that will result in at least a few cases where the result reads more like an email about an inheritance from a distant relative you don’t really have. Many of the messages are single words in English, and I’m pretty sure the lack of context will result in some terrible translations.

I have created several issues, one for each language, and all of them require nothing more than filling in some strings in a JSON file to complete. If you are interested in assisting with translations, check out issues labeled “translations”. You can also check out “good first issue” and “help wanted”.

The Future of Web Apps


The Secret to SEO